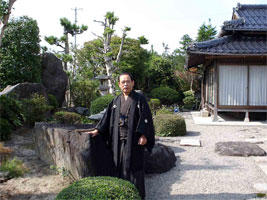 Yasumoto Akiyoshi was born on 20th December 1933 in Yonago city, Tottori province; then he moved to Nishinomiya. His family, first holding the name Yasuda, in 1649 was officially awarded with Yasumoto surname and “moh” samurai’s family emblem for a great contribution into the province development. The proving documents are maintained by the family.

Yasumoto Akiyoshi is a Japan regions historian and underwater archeologist. He has written several scientific articles devoted to Shimano-ken province, which are based on his underwater archeological finds. He also organized several archeological exhibitions, where collected by him historical values were exhibited. Yasumoto is a Japanese art expert. He owns one of the most significant collections of Japanese “ukiyoe” engravings, “kyokujiku” pictures and “sho” calligraphy. There are “sho” painted by one of the most prominent Martial Arts Master Yamaoka Tesshu and outstanding calligrapher and Zen monk Takuan Soho in his collection.

Yasumoto was a state employee in City hall, teaching disarmament techniques the Japanese police Special Forces in Hyogo. Being invited by jinja monks from his province, he also used to hold jujutsu trainings in temple complexes.

In youth Yasumoto has been rather serious training in boxing for 7 or 8 years and took part in regional tournaments. At the same time he trained (and took part in competitions) judo under his uncle, 8th dan holder and Regional Judo Federation President. 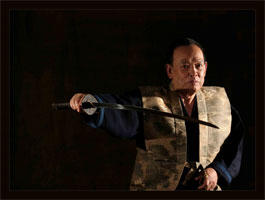 Having achieved 3rd dan in judo and several times become silver medalist in boxing regional competitions, Yasumoto realized that those hand-to-hand fighting techniques were not effective enough. That was caused by his several knife injuries in conflicts with Japanese criminals during the post war period. For some time he was training by himself, trying to find the Teacher and finally met Minaki Saburo, who moved from Tokyo and opened his dojo. As soon as Minako Saburo had opened his dojo, Yasumoto became his student and the leading style Master. His influence on School is quite obvious, as created by him “yoshin no kata” even after his leaving the vorganisation is practiced in lots of foreign Hontai Yoshin Ryu dojos, and some techniques endings, offered by him, has become common. During his studying, both Hontai Yoshin Ryu and Kukishin Ryu were passing as the whole system to all Minaki Saburo students, and only in his last years Soke Minaki officially divided those Schools. After his Teacher, Soke Nakagava, death Yasumoto Sensei received an invitation from Toyama Ryu Soke Yamaguchi Master to study batto jutsu; Yasumoto accepted it and soon had reached 5th dan and Instructor title. At the same time he obtained 6th dan in Seitei Iai from Japanese Iaido Federation.

All this had its influence on his inner “Yoshin Ryu” comprehension, which he had learned in all aspects. At the same time Yasumoto Akiyoshi trained Mugai Ryu Yai jutsu under its Soke Nakagava. He had gained the 6th dan and the title of expert “Renshi” with entire School techniques passing “men no-maki”. Yasumoto Sensei had been also studying “seikotsuin” manual therapy in a special School. Some techniques were included in his Martial Art School.

Since 1981 Yasumoto Sensei is well-known in Europe and USA as one of the most popular teacher for jujutsu International Congresses and Seminars. To his first traditional jujutsu training in Italy he was invited by World Jujutsu Federation, afterwards he visited USA, Great Britain, Northern, Eastern and Western Europe, the Middle East and Asia.

In 2006 Soke Yasumoto together with his student, “okuden menkyo” holder, Evgeny Radishevsky wrote his first book about “Moto-ha Yoshin Ryu Ju Jutsu”, which was published in the Russian and the English languages. The book describes the main forms and principles of the School.

In 2009 Soke was one of the creators of hand-to-hand fighting syllabus for Ukraine first persons guarding, and on 12th May was officially awarded with State Security Management departmental honorable award “For outstanding merits”. The same year he was also awarded with Andrey’s medal of Ukraine Military Forces “Honor, Courage, Law”. 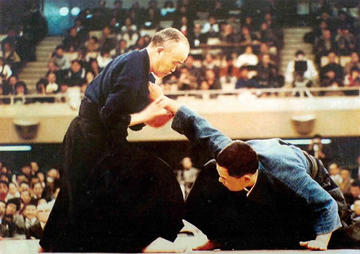 Soke Minaky & Yasumoto Sensay on the demonstrations in Nihon Budokan